Born and raised in Boston, Michael developed a passion for public service watching his father serve as a Massachusetts State Representative. He admired how his father built a career on helping people - leading the fight against drug addiction by assisting families with proper treatment and recovery services, helping with housing placement, and putting people back to work. Michael watched his father’s passion for public service and prioritized those same values as he began a career in public service himself.  After graduating from BC High, Michael worked his way through Boston College and Boston University School of Law as a Local 25 Teamster. Following law school, Michael worked as an Assistant District Attorney in Suffolk County.

In 1999, Michael ran for the Boston City Council because he wanted to get more involved in helping his fellow Bostonians. He served from 2000-2008 and spent five years as Council President. During this time, Michael was a new voice on the Council, bringing progressive ideas and goals to what was then an aging political body.

In 2001, long before the Goodridge Decision by the Massachusetts Supreme Judicial Court, he was the first citywide elected official to publicly support marriage equality. At the time this was a radical and unpopular position in the city, but one Michael stood firmly behind. During the same year, Michael was an early supporter of the Community Preservation Act because he has always believed in protecting affordable housing and safeguarding Boston’s greenspace for future generations.

In 2009, Michael decided to challenge Mayor Menino, who had been in office for 16 years. Michael wanted to bring the same fresh viewpoint that he had brought to the Council to the Mayor’s office. Unfortunately, this challenge was unsuccessful, so Michael focused on the practice of law.

With Boston rapidly changing as the city began to boom, Michael decided it was time to come back to the City Council. He had seen both the benefits and the costs of the city’s growth. While many were prospering, others were being forced out of their homes--in some cases, homes that had been in their family for generations.

Michael was re-elected in 2013 as an At-Large Boston City Councilor and has been hard at work ever since, fighting to improve the quality of life for all Bostonians. The makeup of the Council has changed significantly since Michael was first elected, and he now has many other progressive voices on his side working to move Boston forward.

In the last six years, Michael has many accomplishments on the Council. In 2016, Boston finally adopted the Community Preservation Act, a culmination of years of Michael’s advocacy and leadership on the issue. Michael now chairs the Community Preservation Committee, which oversees the authorization of recommended community preservation funding requests. In this role, he recommended passage of funding for 91 community preservation projects which total an approximate $42 million over the past year and a half.

Michael also has served as the Chair of the Committee on Government Operations, on which he has ushered many pieces of important legislation through to passage. These include a number of ordinances aimed at supporting housing affordability, including changes to the Inclusionary Development Policy and zoning code. Michael was the first Councilor to call for updates to the Linkage formula, which ensures that the boom of development in Boston creates affordable housing for those in need. Michael also worked with community leaders and other stakeholders to pass regulations on short term rentals, which will help return countless, badly needed units back to the housing market for Boston families to access.

Michael is proud of the work that he and his colleagues have accomplished, and looks forward to continuing to work with them on behalf of the people of Boston. 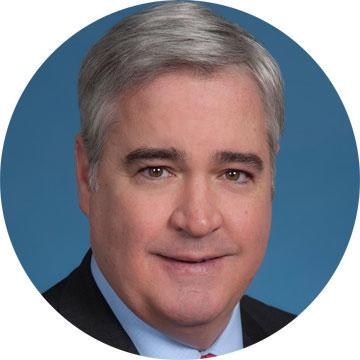