Current Chief of Operations Patrick Brophy will depart on April for new opportunity with Suffolk Construction. 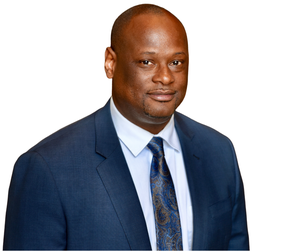 Mayor Kim Janey announced today that the City of Boston’s Chief of Operations Patrick Brophy will depart his role on April 16 for a new opportunity with Suffolk Construction. Mayor Janey will appoint Dion Irish (pictured), who currently serves as the Commissioner of the Inspectional Services Department, to be Chief of Operations after Chief Brophy leaves the post next month. Chief Brophy and Commissioner Irish are both veterans of city government in Boston, having each served decades in various leadership positions. The Chief of Operations role oversees hundreds of city employees within three critical operational departments, including the Property Management Department, Inspectional Services Department, and the Public Facilities Department.

“I can’t thank Chief Brophy enough for his steadfast leadership and dedication to the City of Boston during his 26 years of service across three administrations,” said Mayor Janey. “It’s not an exaggeration to say that the people of Boston have benefited tremendously from Pat’s work, which future generations will continue to enjoy. Whether it’s new libraries, schools, police and fire stations, community centers, or the ambitious redesign of City Hall Plaza, Pat’s impact on Boston can be felt throughout our neighborhoods. We wish him the best in his new chapter and thank him for his many years of service.”

As Chief of Operations since 2015, Brophy worked with public and private partners to create many notable public spaces throughout the city, including the Boylston Street Memorial to the victims of the Boston Marathon bombing, Martin’s Park in the Seaport, a seasonal skating rink and other programming on City Hall Plaza, and the first major renovation of City Hall Plaza. The $80 million project to reimage City Hall Plaza as an accessible and sustainable family-friendly destination with seating and gathering areas, play space, public art, and an iconic water feature is due to be completed in spring 2022. Additionally, Chief Brophy managed major school facilities projects, including the construction of the $80 million Dearborn Stem Academy in Roxbury and the new $120 million Boston Arts Academy in Fenway.

During the pandemic, Chief Brophy wrote Boston’s COVID-19 construction safety protocol and the COVID-19 control plan for the City’s municipal buildings. Brophy will begin his new position as Senior Director of External Affairs in the Northeast for Suffolk Construction next month.

When Chief Brophy departs, Commissioner Irish will assume the duties of Chief of Operations, where he will bring a deep knowledge and understanding of key operational departments. Commissioner Irish has served the City of Boston for 25 years in various leadership positions, most recently as Commissioner of the Inspectional Services Department (ISD) since 2019. Prior to becoming commissioner, Irish worked at ISD for 17 years, serving previously Assistant Commissioner and Director of Housing Inspections for 12 years. In that role, he helped establish nationally recognized programs such as Breathe Easy at Home, Rental Property Registration, and the statewide comprehensive certification training for housing inspectors.

“I’m excited to appoint Dion Irish to the role of Chief of Operations, and I want to thank him for his continued service to the people of Boston,” said Mayor Janey. “Few individuals have the level of expertise and knowledge that Dion will bring to this critical position on day one. Dion’s robust understanding of municipal operations and permitting issues make him uniquely qualified to take on the responsibilities of the job and continue to advance the progress made under Chief Brophy’s leadership. I am fortunate to welcome such an experienced leader to my cabinet.”

In 2012, Irish stepped away from ISD when he was appointed Executive Director of Boston’s Office of Civil Rights (now known as the Office of Fair Housing and Equity). Here, he established interagency collaborations to address housing discrimintation and lead paint in homes, both of which limited opportunities for families and children. In 2014, Irish received a Henry L. Shattuck Award for public service from the Boston Municipal Research Bureau. In 2015, former Mayor Martin J. Walsh appointed Irish as Commissioner of Boston’s Election Department, where he oversaw the implementation of early voting initiatives, the administration of 11 elections, and improved technology and cybersecurity for the department. Irish also helped expand civic engagement through collaborations with the Boston Public Schools and other partners.

As Chief of Operations, Irish will oversee the Property Management Department, ISD, and the Public Facilities Department. The Property Management Department is responsible for the use, management, maintenance, building security, and repair of the City’s municipal building inventory. ISD enforces building, housing, health, sanitation, and safety regulations as mandated by the city and state. The department’s mission is to permit, regulate, and inspect construction work, homes, and businesses in a strategic effort to protect and improve the quality of life for all Boston residents and the business community. The Public Facilities Department is the City’s construction management arm, responsible for executing Boston’s multi-year, $900 million capital building program.