The signing builds off of the City’s efforts to make the procurement process more accessible and equitable for local diverse businesses. 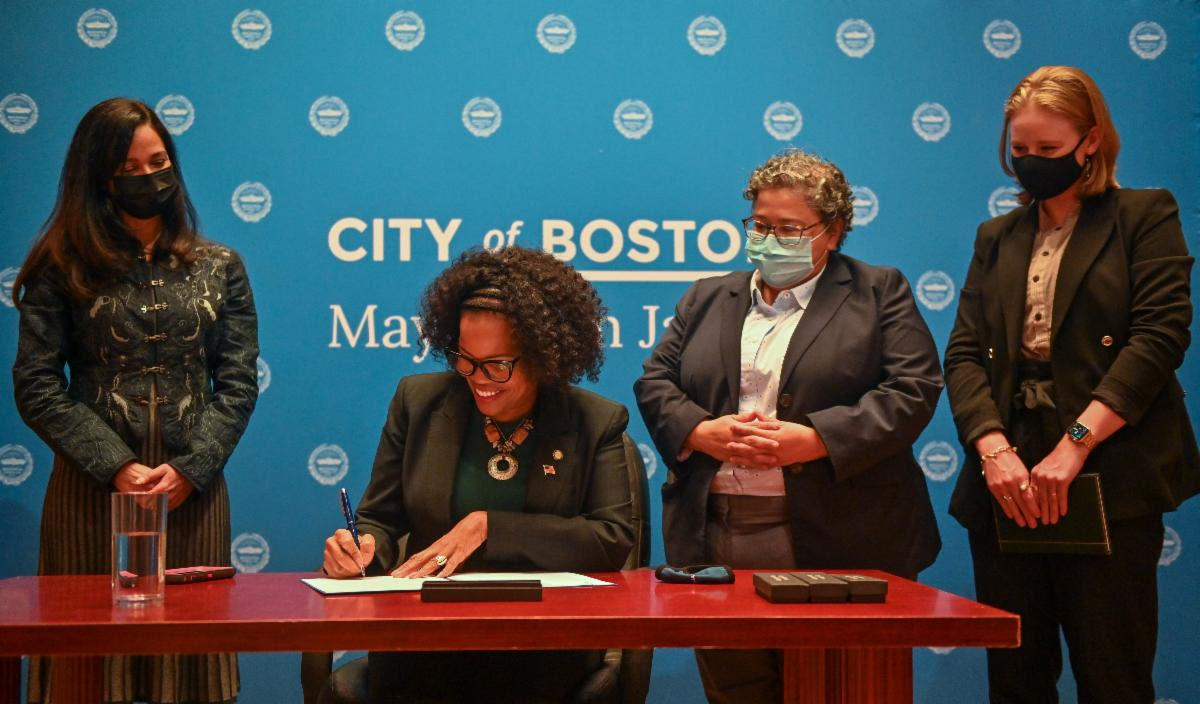 “This signing marks an important step forward in the inclusion of all our City’s small business owners in our local economy,” said Mayor Janey. “The diversity and creativity of our City’s entrepreneurs help shape the unique character of our neighborhoods. I’m proud to see LGBTQ+-owned businesses receive a fair chance to bid on City contracts and continue to grow our economy in an equitable way.”

The Supplier Diversity Program encourages registered LGBTBEs to submit bids and/or proposals for City contracts. When procuring goods and services through a Written Quote Contract process, City Departments consult the Certified Business Directory and can solicit a quote from qualified LGBTBEs as part of the City’s equitable procurement process.

Boston is the first city in Massachusetts to recognize LGBTQ+ businesses in minority-owned and women-owned programs. The City joins a similar supplier diversity inclusion initiative at the state level.

“With this important action, the City of Boston takes a major step forward in ensuring LGBTQ-owned and operated businesses have equal access to do business with the City,” said Grace Moreno, Executive Director of the Massachusetts LGBTQ Chamber of Commerce. “LGBTQ-owned businesses contribute to the economic health of Boston and the region in many ways and by adding this classification to the supplier diversity program, more will have the opportunity to grow their businesses, provide for their employees and their families. After years of advocacy on this issue, we are grateful to Mayor Janey for taking the lead and making it happen.”

Entities that are owned by 51% or more LGBTQ+ individuals will be recognized by the City as LGBTBEs.

This builds off Mayor Janey’s announcement in September about the first in a series of tools to make it easier for diverse vendors to do business with the City of Boston.

“LGBTQ+ businesses contribute to our thriving neighborhoods and local economy,” said Celina Barrios-Millner, the City’s Chief of Equity and Inclusion. “Through this partnership with the National and Massachusetts LGBT Chambers of Commerce we look forward to including LGBT business enterprises in our supplier diversity efforts and ensuring that our City contracting is reflective of our City’s diversity.”

One-fourth of LGBTQ+ Americans earn $24,000 or less annually. Nationally, statistics show that LGBTQ persons are more likely to suffer from higher unemployment and food insecurity and less likely to have health insurance coverage.

This order does not alter existing M/WBE goals or state-issued set-asides for vendors. The inclusion of LGBTQ+-owned businesses in the pool of qualified potential bidders on contracts will lead to greater competition, which typically leads to lower prices/more savings for the City.

Any businesses interested in learning more about LGBTE certification should contact the Massachusetts LGBT Chamber of Commerce at info@malgbtcc.org.

For more information about the City’s efforts to foster an inclusive economy in Boston, visit here.