Boston for Beginners: Early Impressions from a new Bostonian

Since joining the staff of the Boston Landmarks Commission in January 2022, I’ve had the chance to consider the various roles of historic preservation. One of those roles, in my opinion anyways, is to help preserve a sense of place. 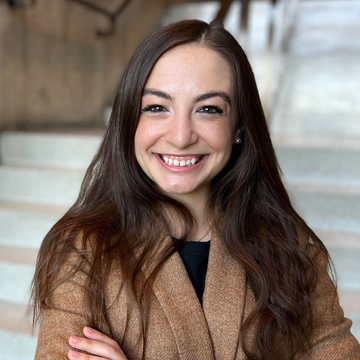 A sense of place is the combined power of all of the elements that an environment is comprised of, from the physical — like the rhythmic fenestration of the street blocks of red brick row houses in the South End — to the ephemeral — a woman walking her dog and stopping in Crite Park, waving to a neighbor, who pauses, and perhaps a conversation ensues. The physical environment provides the backdrop, the space, and the setting for everyday moments that forge connections with those who frequent a space leading to one of the overarching goals of historic preservation — forging a stronger community.

As a newcomer to Boston, a sense of place was evident from the start. Being fortunate enough to have previously lived in cities ranging from New York City to Los Angeles, I’ve learned that sometimes a sense of place takes time to figure out (read: the radially spread-out neighborhoods of LA) and for others it hits you instantly.

Here in Boston, I have been struck by how effortlessly the City’s charm and personality inhabits so many of my day-to-day endeavors. It’s hard to do much of anything here without a multitude of neighborhoods imprinting their distinct stamp on your day.

For example, it takes me 16 minutes each morning to walk from my home in Beacon Hill to the borders of the Financial District where I hit the gym before heading to City Hall for my workday. Along the way I meander down Charles Street, clacking my weary sneakers on red brick sidewalks framed by late 19th-century brick facades. I patter on through the Public Common (and not “commons” — you only make that mistake in front of a real Bostonian once), a park with over a full century of age on our own nation, and cross from those lovely grounds over to Tremont Street.

Abruptly, you leave the low profile, quaint streets of Beacon Hill and the manicured Common green for a multitude of 12+-story buildings, leading up to the sky with their glass, granite, and steel facades. Brick-lined streets are still there, but there is pavement, there is energy, there are people rushing towards jobs, tackling errands, or snagging coffees. If you veer slightly south at this point, streets with densely packed eateries give way to the Chinatown Gate and the senses are rewarded with notes of dumplings, small groceries bursting with the freshest Bok Choy, and the sharpness of cut ginger. From here, you can head north along the Rose Kennedy Greenway and admire this modern reclamation of community space. Following the green as it cuts all the way up towards Long Wharf, Faneuil Hall, and the termination of my morning journey at the concrete cast City Hall.

This walk takes less than 30 minutes but the diversity of what you see in that short time is striking, and unlike other cities I’ve had the chance to get to know. I’m proud to be working to preserve a city that has such a strong sense of place. I’m eager to continue familiarizing myself with all the distinct neighborhoods, learning what is valued by those who inhabit them and working to help preserve it — ultimately strengthening the ties of the community in the process.

Thanks for having me!