Attorney Eugene L. O’Flaherty was appointed to the role of Corporation Counsel for the City of Boston in January 2014.  Prior to his appointment, Attorney O’Flaherty served in the Massachusetts House of Representatives for seventeen years and has been practicing law for twenty years.

Elected to the Massachusetts Legislature in 1996, Mr. O’Flaherty served on the Education, Arts and Humanities Committee and as Vice-Chairman of the Banks and Banking Committee before being appointed to serve as the Judiciary Chair in 2002.  During his twelve-year tenure at the helm of the Judiciary Committee, Attorney O’Flaherty was responsible for the drafting, implementation, review and strategizing associated with the largest number of legislative proposals before the Massachusetts Legislature.  He was the chief architect of the overhaul of impaired driving statutes, court reorganization legislation, stronger sex offender statutes, tougher penalties for violent habitual offenders, CORI  reform and human trafficking while also repeatedly defeating attempts to reinstate the death penalty in the Commonwealth of Massachusetts. Attorney O’Flaherty oversaw the legislation and led the discussions required for the implementation of the Goodridge decision, which legalized gay marriage, making Massachusetts the first state in the United States of America to do so and served as the House of Representative’s lead negotiator on a number of complex and high profile conference committee negotiations with the Senate and Executive Branch.

In addition to his position as Judiciary Chairman, Mr. O’Flaherty served as a member of the House Leadership Team for more than a decade and under three successive Speakers of the House.  He played a pivotal role in the advising, advocacy and polling of the 160 member House body on a large spectrum of issues facing the Commonwealth such as transportation reform, education, revenue, economic development, health care and gaming, being honored several times for his excellence in these endeavors.

Mr. O’Flaherty graduated from Malden Catholic High School and received a Bachelor of Science degree from Suffolk University.  He was awarded a Juris Doctorate from the Massachusetts School of Law and was admitted to the Massachusetts bar in 1994 and the Federal bar in 1995. 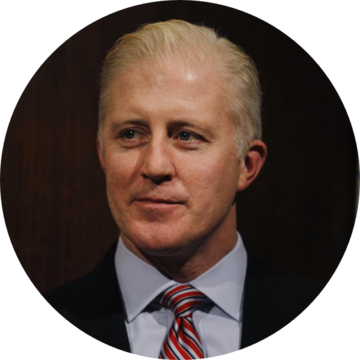